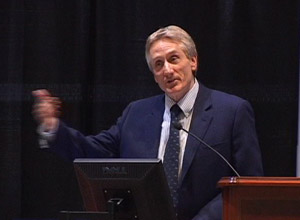 Bron Taylor is in high demand as a public speaker.

He has given over fifty invited or keynote lectures outside of the United States – Sweden, Switzerland, Germany, Portugal, Spain, South Africa, the United Kingdom, Ireland, Norway, Chile, Mexico, Turkey, Denmark, Italy, Canada, Belgium, and the Netherlands – as well as over eighty invited or keynote lectures in the United States. The venues have included some of the most prestigious universities in the United States, including Princeton, Harvard, Stanford, and the great public universities of California (Berkeley and Santa Barbara), and Colorado (Boulder and Colorado State). Combined with presentations at academic conferences and local and regional talks, he has given over 230 public presentations over the past twenty-five years. For details see his Curriculum Vitae (resume).